The crisis is changing? Let’s change the rules 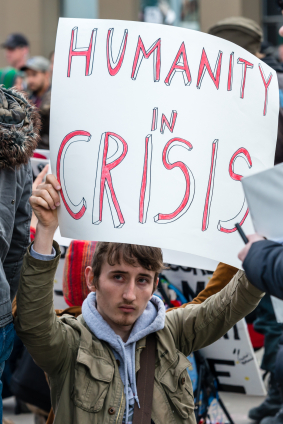 Even China’s economy is slowing. The country’s growth during the second quarter of 2012 – still high compared with European nations – fell to 7.6% from 9.5% in the same period of the previous year. This is why Christine Lagarde, Director of the IMF (who I’ve written about here) informed us a few days ago that the crisis was changing once again, affecting the economies of the rising BRIC (Brazil, Russia, India and China) nations that have, hitherto, grown constantly for years.

Let’s recap: the present recession began in 2008 in the USA, following the use of dangerous, unregulated and opaque financial instruments and the rupture of the country’s housing bubble. The recession then moved to another continent and changed form: over the last year, the eye of the storm moved to the EU’s sovereign debts. Now it seems this “disease” is slowly spreading, in different guises, into Asia, and to other economies previously thought to be immune.

You don’t need to be an economist to realise that, in an increasingly globalised society, the many ties that bind our economies have become ever tighter and it is increasingly difficult to isolate and delimit the effects of future economic and financial shocks. However, once again, I’m looking for a positive aspect in these difficult times.

In fact, I think today’s economic difficulties offer an opportunity for increased collaboration between the world’s nations. Where the individual crises occur makes little difference; as we have seen, the consequences now have global repercussions. Dialogue between the world’s governments is therefore increasingly urgent, in order to form common strategies, new rules better suited to today’s requirements and, in short, to emerge from this crisis together. This emergency, as is so often the case, could help us overcome resistance and accelerate change.