From London for the UNEMPLOYEE OF THE YEAR

Today I’m writing to you from London. I’m here for the launch of United Colors of Benetton’s new corporate campaign, UNEMPLOYEE OF THE YEAR. This is an initiative completely dedicated to the under 30 generation, which is the most severely affected by the current economic crisis, as well as being unfairly stigmatised.

Why the under 30s exactly? There are 100 million young people worldwide who are unable to find a way into the world of work. This is a drama that doesn’t only affect them, but all of us. The aim of this initiative is to celebrate the energy and determination of young people, the freshness of their ideas, and thus make us reflect on the enormous potential being wasted on a global level.

Michelangelo was less than 30 years old when he sculpted the Pietà, Einstein was 26 when he shook the world with the theory of relativity, and Orson Welles was only 25 at the time of Citizen Kane.  Of course, the examples are endless, and they all show the same thing: many of the greatest works and achievements in history were accomplished by young people less than 30 years old – young people who, in today’s world, would almost certainly struggle to realise their full potential.

The message I’d like to leave you with is very simple: youth non-employment is not just a problem of “employment”. It is a blow to those who struggle on a daily basis to defend their dignity and assert their right to achieve their own place in the world. But more than anything, it is an obstacle to our ability to progress, to build and imagine a future. Today, everyone is asking how to create growth again, and we scarcely realise that the answer is here, hidden amongst the wasted minds of these young people..

The initiative is just a drop in the ocean. But I would like to think that it could be a first step, a stimulus for others, and that it will make a real contribution to restoring a voice to a generation that has been unfairly marginalised. A generation that holds enormous potential and whose destiny defines the future of us all. 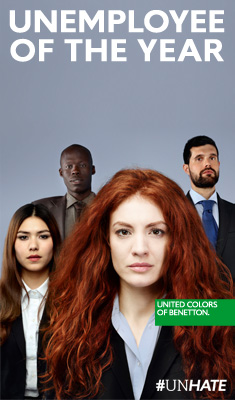