Click, share. And the link moves across the social media realm, click by click. That’s how fake news circulate on the net. Sometimes they turn viral, sometimes they get acknowledged as real news. And then maybe, hopefully, someone, at some point, will debunk them.

In an era that seems to be revolving around user-generated content, should we start considering truth as a commodity? Mark Little already did back in 2010, when he established Storyful, an agency specialised in scrutinising and filtering news and video generated for special occasions, critical situations and other important events and uploaded on social networks, in order to prevent the truth from being manipulated and also other journalists from releasing fraudulent pictures and footage.

A key service in a world where digital news travel at the speed of light and online users demand real-time updates on what’s happening around the globe. Today even giants such as Twitter and Facebook have been forced to reluctantly admit that yes, fake news are viral. They are the bug affecting the free circulation of information. Plausible yet not verified news undermine the trust of the end-user, both online and offline. They are used to gain consensus, get to the heart of voting members of the public, or more simply, to generate traffic for commercial purposes. That’s possibly why News Corp., as reported by Bloomberg News, paid Irish journalist Mark Little a few millions in 2013 to get its hands on Storyful. The platform today is going at full steam, boasting among its clients both news providers and private organizations looking to protect themselves from defamation.

Even the influential New York Times before publishing the news about what happened to an US soldier after an attack carried out in Iraq by fundamentalist militia, decided to verify it first through an authentication system provided by Storyful that was applied to a video posted online. A taxi driver in Manhattan made quite a bit of money some time ago by selling an amatour video that caught the moment when Hillary Clinton fell ill during the Ground Zero memorial service, all thanks to Storyful, which certified its authenticity. Within this context, I don’t believe I need to look at the company’s balance sheet before saying that Storyful has probably doubled its turnover in 2016.

Storyful is growing, yet the trust of those consuming news is at an all-time low. According to Reuters’ 2016 Digital Report, a survey carried out on over 50,000 online news readers from 26 countries, only the 43% of readers in Europe unconditionally trusts online content published by news providers, and in the US is even less, the 33%. And in the US, only the 9% pays for online news, which means that people possibly trust their Facebook friends more than journalists. And truth is a commodity we can’t do without. 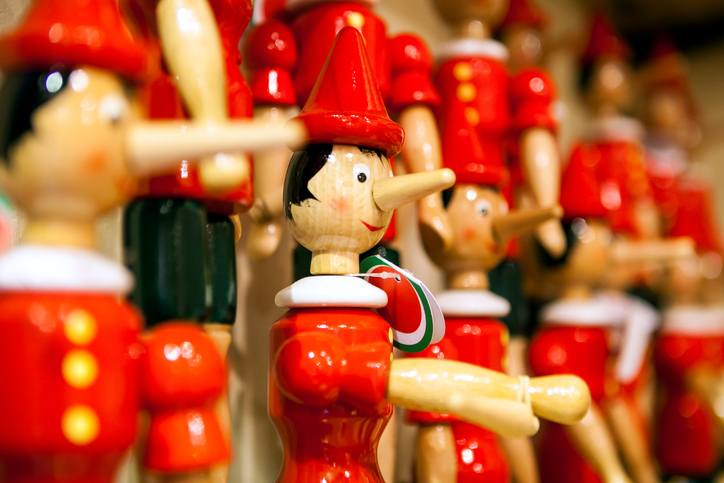