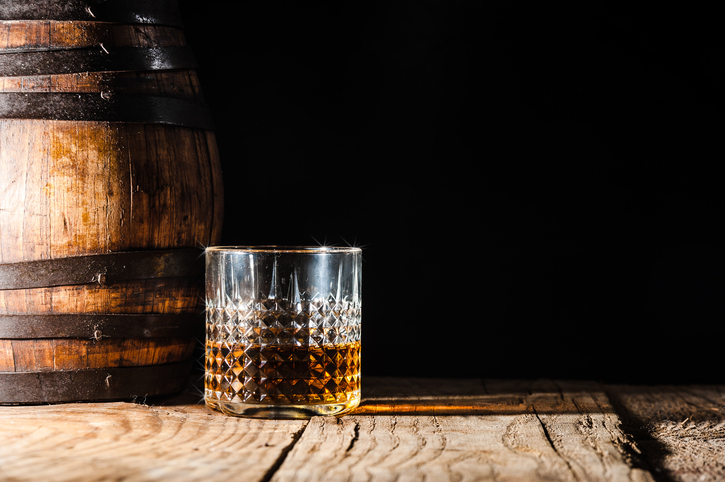 It is one of the world’s best whiskies and it originates from the idyllic Japanese hills located in the north-west of Tokyo, an area renowned for its ancient sake and shochu distilleries. The city of  Chichibu in particular boasts Japan’s (and possibly the world’s) smallest whisky distillery, which despite its size, is specialised in the production of great distillates.

This year the whisky produced there won the ‘best Japanese single malt’ category at the World Whiskies Awards, even though to be fair we need to point out that the British ‘Whisky Magazine’ – a bible in the sector – had acknowledged it as one of the best several times before. The distillates manufactured by the largest Japanese firms have nothing for the single malt whiskies produced by Venture Whisky in Chichibu to envy.

It all started 12 years ago, or perhaps 300 years ago, if we consider that Ichiro Akuto’s ancestors began producing sake during the Tokugawa period. The small Akuto distillery was born out of the ashes of the family business, which was sold after incurring financial difficulties. The buyer refused to purchase 400 barrels of leftover whisky after taking over, so the young Ichiro Akuto, who had worked for a few years in the sector for one of the country’s leading companies, decided in 2004 that those 400 barrels were to become the future of newborn brand Venture Whisky.  Four years later Akuto established the Chichibu distillery, equipped with Scottish machinery and barrels made of precious Japanese oak wood. Add to the picture the crystalline water sourced from the nearby hills and an optimal climate for ageing, characterised by rigid winters and hot humid summers. In 2011 the first 7400 bottles aged 3 years were shipped out. All sold. Then the first awards.

Despite its hefty price tag – over 100 euros a bottle – which doesn’t make it particularly suitable for being marketed through large retailers, this single malt whisky boasting a unique flavour won over the hearts of connoisseurs all over the world and was sold out in no time. At an auction a bottle of single malt whisky aged in the family’s original barrels was even sold for a whopping $118,500 US dollars. An incredible success.

For the 2020 Tokyo Olympics the brand intends to launch its first single malt whisky aged 10 years, in time we will also see one aged 30 years, we just need to be patient. In the meanwhile, the company is experiencing a 10% revenue growth every year.