Beirut, capital of multiculturalism. Where the future is in the hands of the young 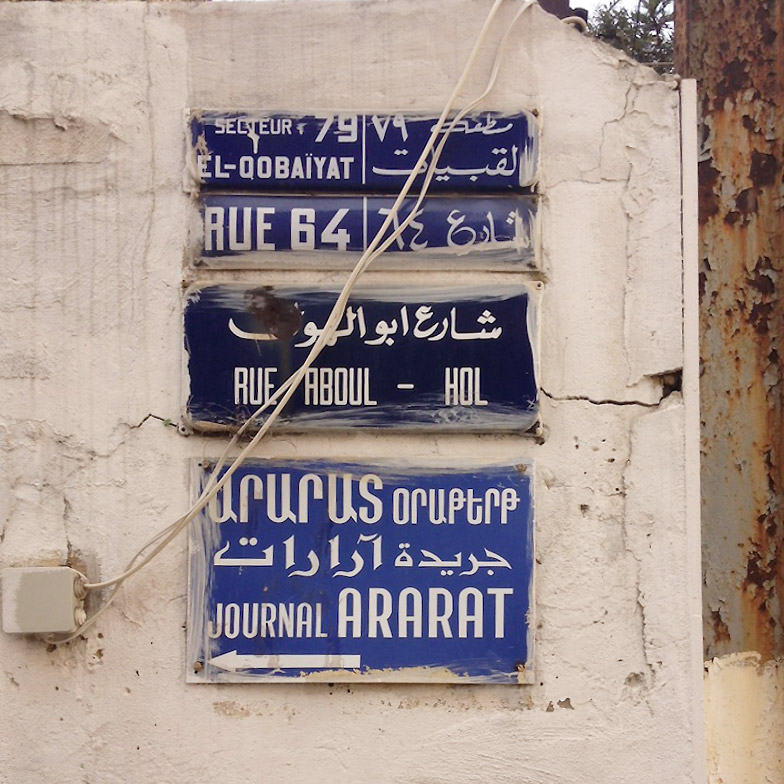 Sam Baron is currently in Lebanon along with Fabrica’s design team for the “Fabrica Goes Lebanese” project. I thank him for using my blog to share his impressions of Beirut, a fascinating city rich in history and diversity, and where the real protagonists are young people.

What strikes you about Beirut is above all its strong contrasts, through which the troubled history of the entire Middle East seems to reverberate. The first contrast that catches your eye is between the old facades studded with bullet holes and the “grandeur” of the new town, gleaming with works designed by young architects.

The small street shops set against magnificent buildings show how this city consists of different layers that coexist and interact smoothly. Religions and cultures live together in a chaotic routine – as even the road signs eloquently indicate: written in three different languages ​​(Arabic, Armenian and French), but all pointing in the same direction.

This “mix” is made ​​up of respect, civility and tolerance, and transmits an unmistakable energy. This is particularly pronounced in bookstores, ethnic and multicultural restaurants, design studios and fashion showrooms, where the future is now a blank page in the hands of young people, the true protagonists of the cultural renewal of Lebanon.

The hospitality and generosity of this small city is what the visitor remembers most. The joy of living and the ability to find solutions and make things happen show how the energy of the people can be stronger than politics and governments.

Here is a gallery of photos taken by the Fabrica design team.