What does the personal of the year, the “Protester”, have to say? 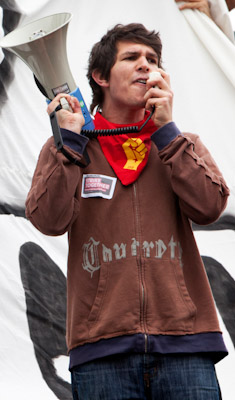 The Occupy Wall Street protests have now been ongoing for over three months. The media frenzy had begun to calm down, but it has now been reawakened by the American weekly news magazine Time, which has chosen the “Protester” as its personal of the year, and meanwhile, the protests are far from over. I do not intend going into the issues raised here; nonetheless I do believe that there are a number of lessons that the financial and business world should learn.

The duration and determination of the protest seem to suggest that its roots go deeper than we may initially have appreciated. The social composition of the movement is complex, and includes many individuals who are not so much needy as very angry. This anger often fails to translate into concrete proposals, but that does not mean it should be taken any less seriously. Indeed, we should be asking ourselves why such chaos was created, and working to reduce it.

For similar reasons, I believe that businesses should not close their doors to movements such as Occupy Wall Street. We would do well to note that those protesting today are fully fledged members of civil society, they are not on its fringes. The angry voices we are hearing in New York and around the world are expressing demands that may currently seem confused at times, but which will likely soon become clearer and more widely shared. It is fundamentally important that we should be ready when that moment arrives, and we should start thinking about it now.

It is useful to think of the fight against poverty as something that affects us personally. The inequalities that exist in the Western world and between different cultures are not simply a reality that we need to accept, they are potentially the object of future battles. It is equally useful to press the accelerator of respect for the environment and to imagine forms of development that will guarantee the sustainability of our future growth.

In a nutshell, the businesses that listen to the protesters today will gain a preferential position in relation to a new slice of society tomorrow. Being frightened by the vehemence of certain movements, or worse yet, dismissing them condescendingly and waiting for them to get over it, would be a mistake.