The shape of matter. Fontana and Leoncillo

If you’re planning to visit Milan in the next few weeks, you should really try to make time for an important and fascinating exhibition, on show until the end of July at the Fondazione Carriero, that has enabled a dialogue between two special artists.

In 1954 both Lucio Fontana and Leoncillo Leonardi attended the 27th edition of Venice’s Biennale, each one with his very own dedicated room. The two artists, close friends in real life, showcased two extremely different types of work, yet quite alike in terms of perception of space and matter.

More than sixty years later, the Fondazione Carriero has decided to put once again the two artists together in a twin solo exhibition that will feature artwork from the early 1930s to the late 1960s. While retracing their artistic itinerary, a non-unitary poetics emerges for each one of them – a sculptural approach to painting on one side, and a pictorial approach to sculpture on the other – both able to raise considerations and questions.

This beautiful exhibition is a sort of dialogue established between two artists who have revisited in a modern key an ancient ceramic-crafting technique, lending it a new meaning through different processes, in order to reveal its true shape through matter itself, which does in fact acquire meaning and life when it undergoes a kneading process. Ceramic, terracotta and gres stoneware dough are combined with colours, shapes, light and… emptiness in the form of a blank canvas rather than absence, something that Fontana needs in order to create spaces, expand volumes and go beyond physical substances. 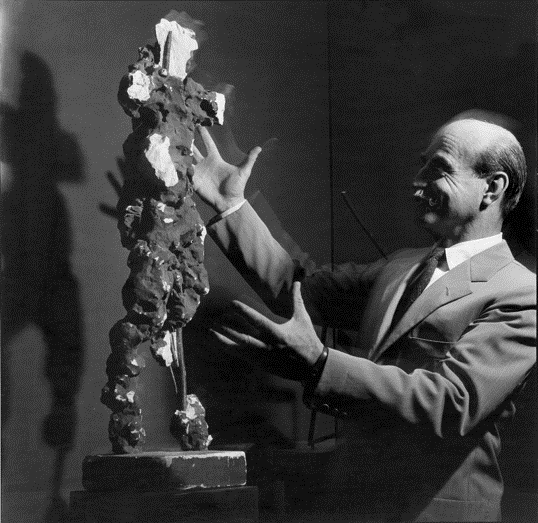