As a contemporary art enthusiast, I can no longer contain my joy of having been given the chance, as a country, to finally host an artwork by Bulgarian-American artist Christo. Newspapers worldwide, from the Guardian to the Shanghai Daily, have been writing about it: it has been described as one of the most keenly-anticipated pieces of art, according to some the most important by far this year.

I’m talking about ‘The Floating Piers’ of course, the buoyant footpath on Lake Iseo in Northern Italy. A unique experience that only lasted two weeks, an enchanted island in the middle of the lake, near the towns of Sulzano and Montisola. A remarkable piece of engineering work measuring 3 km in length and 16m in width, made of 200,000 high-density polyethylene cubes covered by 70,000 sq m of orange fabric.

Besides some overcrowding issues and the small controversy that followed, this installation was deserving of all the attention it had received since it landed in Italy after being rejected by Argentina, Germany and other countries for being too difficult to set up. Italy decided to place its trust in the popular artist, world-renowned for his spectacular land-art interventions able to temporary yet impressively mutate landscapes. Works of art with an expiry date and with their own life, a short one, whose ephemeral nature is precisely what makes it more precious and enticing.

Christo’s name is generally associated with his most famous installations, those in which he has wrapped famous monuments – such as the Reichstag – in fabric, or laid long tarpaulins in natural environments, such as the one he placed in the Colorado Mountains, which measured over 200,000 sq m.

The Floating Piers has been an incredible project because it was a physical, experiential installation involving water, sun, wind… and matter. A stunning floating undertaking whose creator remarked: “Only once in a lifetime you’ll be able to walk on water for 16 days, and there will never be another Floating Piers in the world after July 3”. 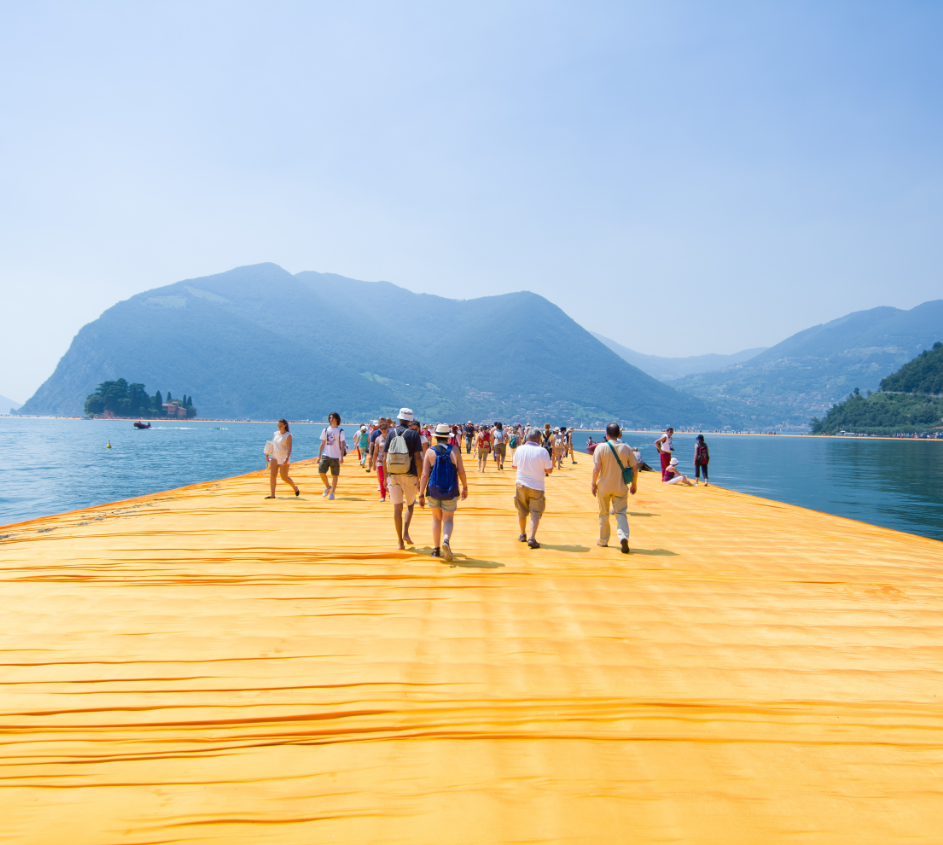