The Getty Center in Los Angeles 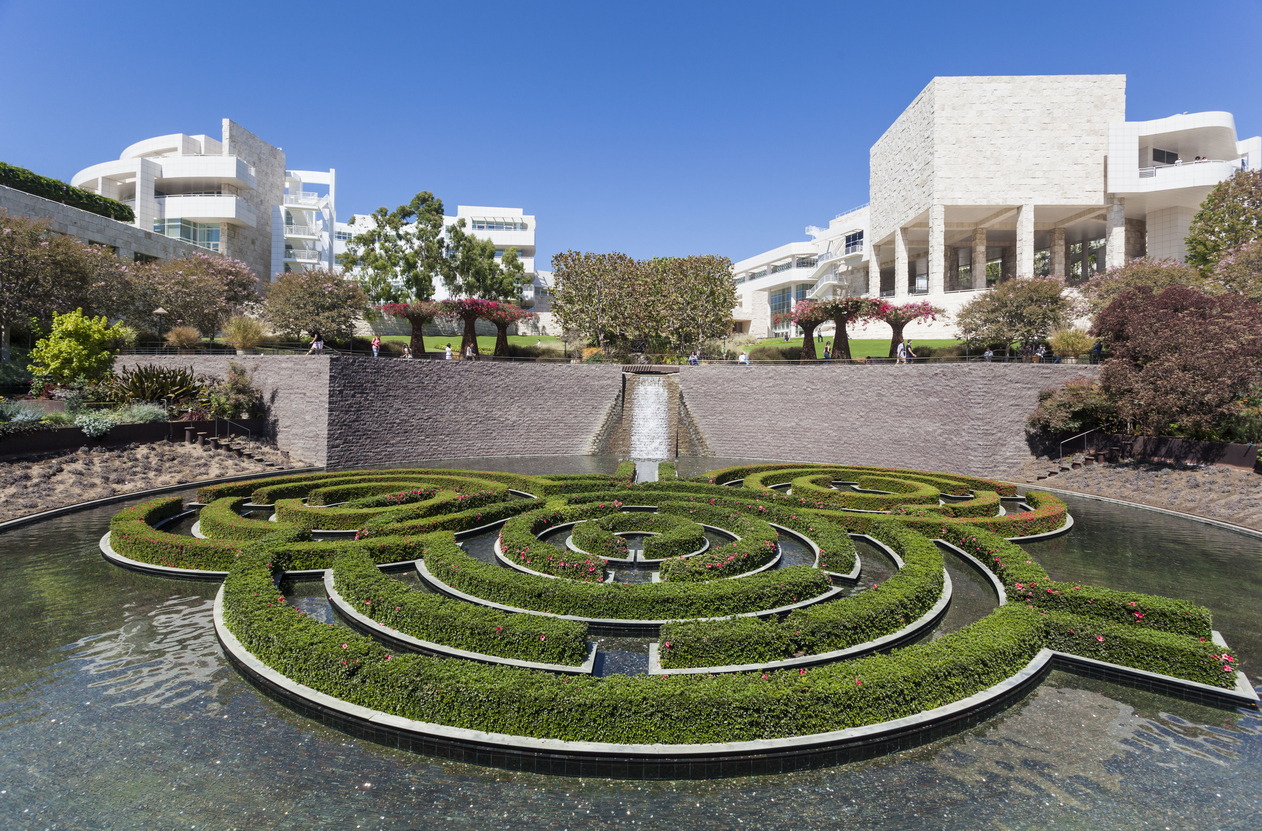 Last summer I stopped by Los Angeles where I visited what I can only now define as one of the most stunning museums I have ever seen, the Getty. A truly enchanted and mesmerising place, a gift from philanthropist, wealthy oil magnate and passionate art collector J. Paul Getty. In 1954 he decided to open the J. Paul Getty Museum, which was first located within his Malibu villa. When the collection became so large it could no longer fit in there, he added a second location, the Getty Center, launched in 1997.

The Getty Center is a sort of idyllic citadel clinging to a hill, a series of buildings boasting masterfully combined squared shapes crossed by galleries packed with modern art masterpieces. The complex has been designed by architect Richard Meier (the same guy who at 49 years of age, became the youngest-ever architect to be awarded with the Pritzker Prize), who decided to combine his signature white smooth surfaces with more traditional materials, even travertine extracted from a cave near Rome. The collection is huge: there are pieces of art from Europe and North America, from the Middle Ages until now.

And that’s not all: the Getty is made even more special by its amazing outdoor garden, which comprises of courtyards, fountains, sculptures and the incredible Central Garden, a stunning artwork by Robert Irwin, who for the past three decades has been one of the most influential figures in the US, a tireless observer of perceptive phenomena related to light, volume and space, a pioneer of the California-based Light and Space movement and of Conditional Art.

In the garden plaza, there’s a quote by Irwin himself engraved on the floor: “Always changing, never twice the same”, and that’s why throughout the months and the years, the Getty Center garden has radically mutated its appearance several times, changing its look according to the plants’ growth and pruning, and the different installations placed in it. A live garden, in constant evolution, with a pulsing and unique heart: a small lake with a floating azalea maze: simply unmissable.