Sustainable development: where do we stand?

Rio+20, the U.N. Conference on Sustainable Development, opens today. It comes exactly twenty years after the Earth Summit in Rio de Janeiro, and also gives us the opportunity to take stock of what has (or has not) been done since then to create the conditions for greater sustainable development.

I believe, in any event, that a first objective has been reached: environmental issues are on the agenda. People’s awareness has increased significantly and many appreciate the importance of integrating the economy with sustainability and social responsibility values. Just think, for example, of the term green economy, which today is used everywhere. This denotes an econometric system that measures costs and benefits not only in purely economic terms, but also as regards environmental impact. A concept Robert Kennedy (the source of the title of this blog, Each Time a Man) would have liked: he explained how GDP measures everything, “except that which makes life worthwhile”.

For a long time there was the idea that to save the environment we would have to halt development and growth, put the brakes on an economy considered predatory and incapable of controlling its impact on the environment and society. Today, many take what is, in various ways, the opposite view, in line with what Al Gore has been asserting for years: not only can the economy and the environment coexist, they must do, because only an ethically rethought economy can produce the solutions for creating a cleaner, more habitable world. 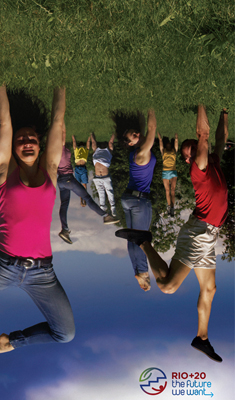