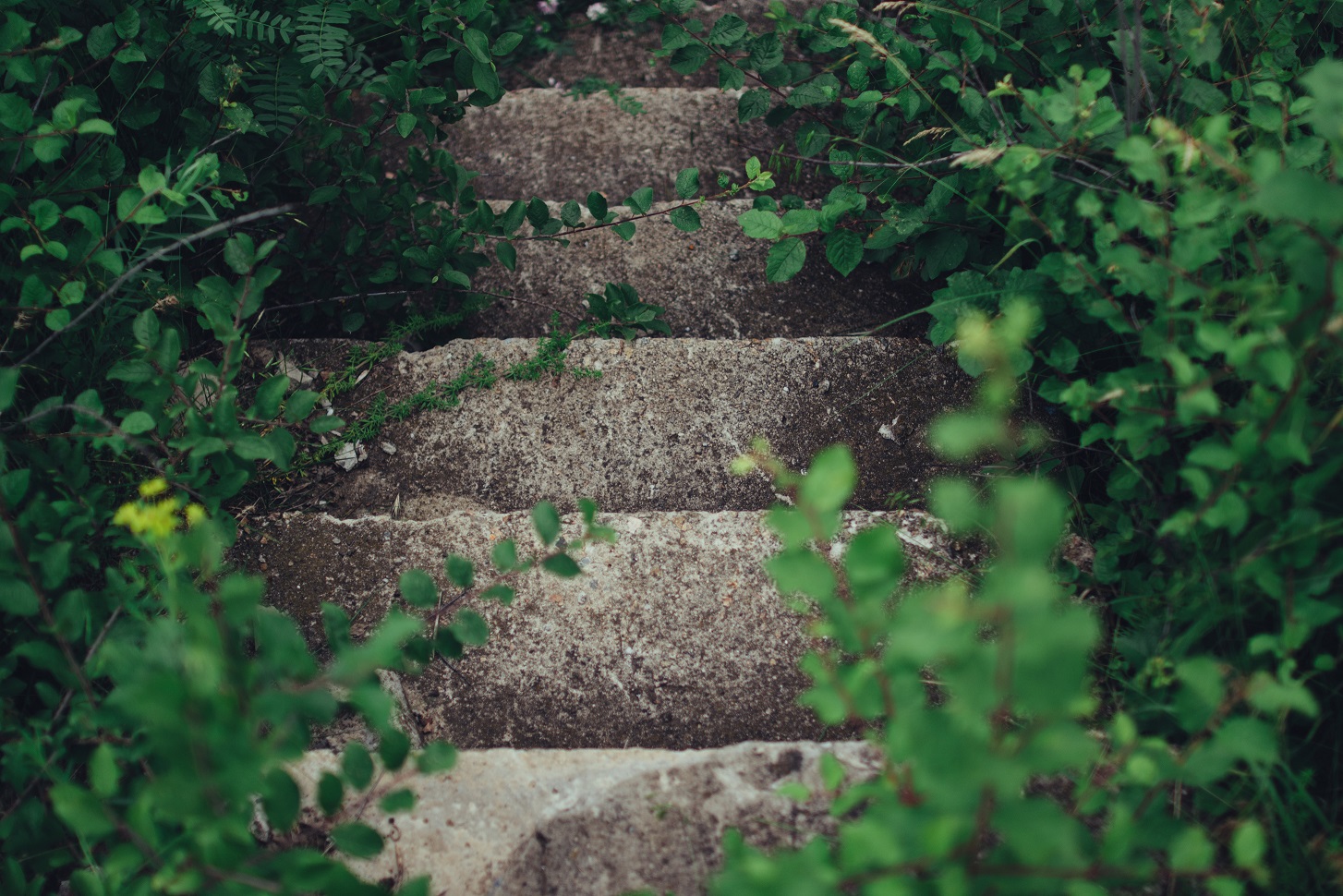 Le Corbusier defined them as architectural promenades that not only enable us to change our altitude, but also to see and look at spaces from different heights. I am talking about staircases: flights of stairs in quick succession where landings and steps meet in order to connect floors and gaps. These vertical links, which I find truly fascinating at times, throughout the different epochs have always been a strong architectural element able to valorise and define space- from the Mayan temples to the pyramids in Mexico and Guatemala, through the Renaissance.

If I had to choose one in particular, it would be the renowned treble staircase located within the Laurentian Library (Biblioteca Laurenziana) in Florence, Italy. A work of art boasting monumental central steps and an incredible amount of stone reminiscent of a flow of live matter, a brilliant invention conceived by the mind of Michelangelo. Among my favourites there’s also the suspended stone staircase in Carlo Scarpa’s Olivetti shop in Venice, elegantly stretching towards the upper floor with its purposely misaligned steps. Scarpa himself defined it as “rather beautiful”, a proof that stairs can be more than mere connection elements, they can be sculptural three-dimensional works of art.

There are two more staircases holding a special place in my heart: moving towards the 70s, the one in the Itamaraty Palace, where the headquarters of the Ministry of External Relations of Brazil are located, designed by prestigious Brazilian architect Oscar Niemeyer. A self-supporting helicoidal reinforced concrete staircase, balustrade-free. A fluctuating, mesmerising concrete dance that perfectly exemplifies why Niemeyer was once defined as the ‘Poet of reinforced concrete’. Moving north, the one designed by Danish architect Arne Jacobsen and located in an austere cubical building in Copenhagen that hosts the headquarters of the Danish National Bank. The staircase stands out in front of the main entrance as the only fixed object in the space, a slender, sculptural, suspended glass and steel masterpiece stretching up and vanishing towards the high ceiling. Absolutely amazing.

An article by American journalist Tom Vanderbilt published on the Economist reflects on the role of staircases and how it has radically changed during the 20th century, shifting from an architectural purpose to a more functional one. Steps, for example, have often been replaced by lifts to improve both accessibility and safety. Nevertheless, Vanderbilt points out that we are currently experiencing a comeback of this element, mentioning a staircase designed by Swiss architecture firm Herzog & de Meuron’s to corroborate his claim. Located in the new wing of the Tate Modern, this staircase was conceived to promote socialising and slowness, pushing all plannings rules in order to enable those steps to turn into a meeting place where to stop and talk.

Some companies are also rediscovering the value of staircases, giving them a new lease of life and dignity by placing them in central positions within their buildings, and turning them into a meeting place bursting with vitality and dynamism that rather than being hidden, should be flaunted. Paul Cocksedge perfectly exemplified this concept with a dynamic stairway he designed, which is located inside the Ampersand offices in London. It is actually the first-ever living staircase: a 12mt-high spiral with four landings made of steel and American white oak, whose balustrade by being surrounded by more than 600 different plant creates a floating garden-effect.
“Try doing that in an elevator”, Vanderbilt pointed out.