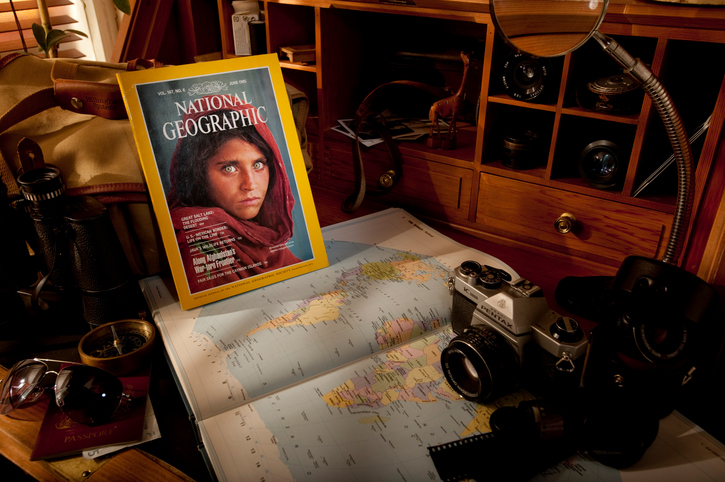 Some time ago I went to Sicily, where I couldn’t miss the exhibition of one of the photographers I absolutely love the most: Steve McCurry. Born in Philadelphia in 1950, since 1986 a member of renowned photo agency Magnum (established in 1947 by photographers of the caliber of Robert Capa and Henri Cartier-Bresson), in his long career McCurry has worked with the most prestigious magazines (including Time, Life, Newsweek and Geo) and has been many times the recipient of the World Press Photo Award, considered the Nobel prize of photography.

‘Steve McCurry. Icons’ is on until February 19th 2017 at Palermo’s Gam (Galleria d’arte moderna): over 100 shots perfectly representing the complexity of the experiences the photographer has undergone during his endless travels. To this day he is a keen globetrotter, always on the move from one continent to another: from the US to Italy and China, from the reportages in India to those in Afghanistan, where in 1984 he took the iconic picture of the Afghan girl refugee for the cover of National Geographic that went on to become a symbol of those war-torn times.

Images of war and devastation yes, but also poetic landscapes and the look in the eyes of men, women, children from far away lands, each one with a story worth telling. Looking at McCurry’s shots truly enables you to cross borders and be part of those universal feelings of which the humanity exuding from his images is made of.

Visiting the exhibition becomes a journey that takes you to those same places immortalised by the photographer through the mysterious suspension of time created by the shutter click. And there’s more: a touching National Geographic video dedicated to the lengthy search that enabled the photographer in 2002 to track down and meet once again the Afghan girl, at this point a grown woman, is also showcased at this truly amazing exhibition, which I wholeheartedly recommend.