Skateistan: the story of Oliver Percovich

I really like stories driven by an unforeseeable event: sometimes they are stories that in their own little way can change the world. So today I want to tell the story of Oliver Percovich, the founder of Skateistan. Skateistan today is an important NGO based in Berlin; it is active in Afghanistan, Pakistan, Cambodia and soon will be in South Africa; all complex scenarios, where they help the boys and girls in each place with projects related to education and sport.

Skateistan was born by chance in 2007, when Oliver arrived in Kabul, following his girlfriend. Oliver is a skateboarder and he brought his board with him, but he obviously did not find Kabul to be particularly welcoming. He found an empty swimming pool, however, and began to use it to keep in training: until some local boys noticed him and become curious, they had never seen a skateboard in their lives. That was the spark that led to Skateistan: that day Oliver decided to teach the boys – and the girls, something not to be taken for granted, given the conditions for women in Afghanistan – how to go on the board with rollers. Not only that.

It soon became clear to Oliver that skateboarding was a great way to get to know the kids but besides that he could do much more for them. For example? Bring them to school, help them to continue their studies, or even just give them a few hours of serenity and a smile. Something very precious in a time of war. The project worked and today, seven years later, it has given assistance in education and sport to thousands of young people, allowing those born into a country that is shut off from the world, to learn about the West with different eyes. Would you like to hear about one of them?

On Skateistan’s Vimeo channel here is Madina, an Afghan girl of 14, a Skateistan instructor in Kabul who is telling her story in detail. And who knows, serendipity and openness to the unexpected, could bring you a long way, just as it did with Oliver. 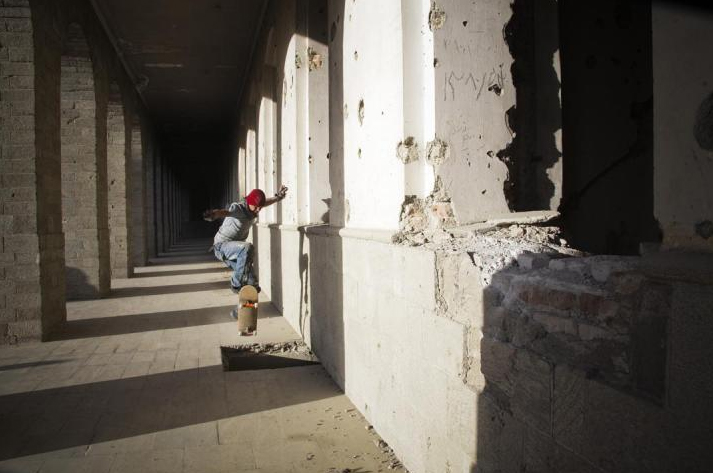