The women’s final of the Roland Garros tennis tournament was a David and Goliath affair. On the one hand there was the Russian player, Maria Sharapova, the winner of innumerable tournaments. On the other, the Italian Sara Errani, the true revelation of this year’s tournament.

Sharapova is a physically impressive sportswoman. Almost 6′ 2″ tall, her shots fly across the net at nearly 124 mph. She has an icy, impenetrable, calculating expression. She plays with relentless precision and from the opening moments of the match she did her utmost to dominate the game psychologically as well. In many ways, the Emilia-born Sara Errani is her opposite. Shorter than Sharapova, Errani’s strengths are her intelligence, her shrewdness and her ability to see her adversary’s weak points and undermine her convictions.

Errani never yielded during the final, not even when she was only minutes from defeat. She spoiled her adversary’s triumph on two occasions with two consecutive match points that snatched Sharapova’s victory from her grasp. Sharapova finally won at the third match point, as many predicted. But Sara Errani has much to be proud of. Her tenacity, her humanity and her skill surprised everyone. She said she wanted to dedicate her win to the earthquake victims in her native region of Emilia, and perhaps this is what earned her the affection of sports fans and many others.

Just before the awards ceremony, the speaker made a telling slip of the tongue. When inviting the runner-up to the podium, he made a mistake and instead of saying Sara Errani he called out Sharapova’s name. It seemed, for a brief moment, as if the Italian player had really won and perhaps, if we think about it, maybe she did. Sara burst out laughing, she pretended to rejoice over her victory and then, tongue-in-cheek, she went to receive her silver medal. But she left everyone with the impression that the winner of this year’s tournament was really Sara Errani. 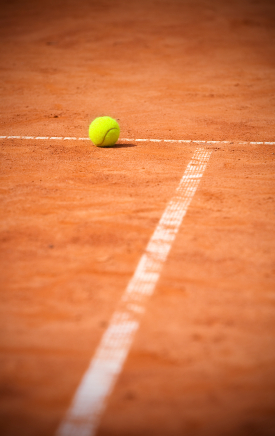