Something is slowly taking shape in New York underneath the streets of Manhattan’s Lower East Side as a result of the increasing demand for green spaces. Something quite different from the city’s urban parks, which are often stretching vertically, sometimes covering elevated platforms or even roofs. Something diametrically opposed to the world-renowned High Line, NYC’s aerial railroad spur which has been converted into a public park complete with pieces of broken tracks surviving among 210 different plant species.

We are talking about the Low Line, an experimental underground park located underneath an iconic tram station in Manhattan’s Lower East Side. The station was established in 1908 and it was abandoned in 1948 following a service interruption, but despite being exposed to decay for over 60 years, some of the original features – such as cobblestones, rail tracks and vault ceilings – are still clearly visible, providing this developing space with a unique and authentic atmosphere.

This challenging high-tech project conceived by designers James Ramsey and Dan Barasch envisions a complicated, precise and even almost sci-fi system that will bring the sun to NYC’s underground network through some skylights placed in the park’s ceilings, which will filter sunlight through to a series of collectors located above ground connected by optical fibre cables. The park’s vaults will be featuring concave windows covered by a reflecting film that will diffuse the light once it reaches the underground spaces, in this way promoting photosynthesis.

A few years ago a 1:1 scale Low Line prototype was created in order to assess until next March the development of the vegetation planted in this underground park and observe how seasonal changes affect it. Thousands of people have already visited this unique lab for a rehearsal: a one-of-a-kind project that will come to the rescue of a disused space and put it to good use through innovative means, a project that I hope to see completed soon! 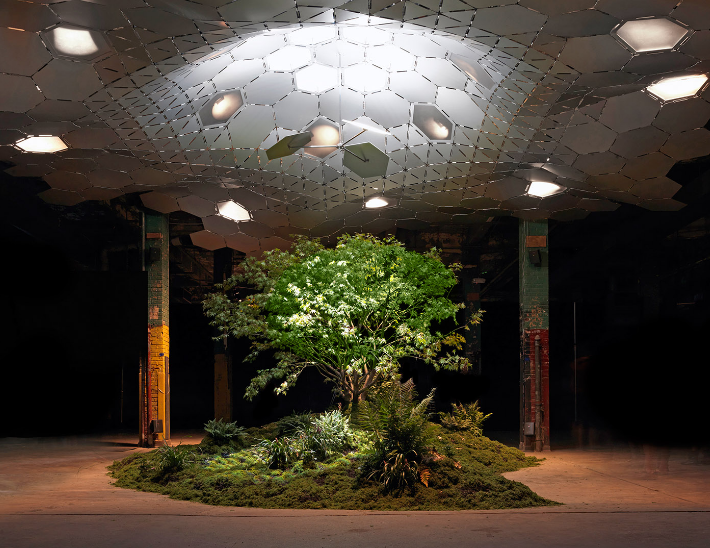