MATTERHORN: THE 150TH ANNIVERSARY OF A LEGENDARY ASCENT

A great sports story, the story of seven men who decided to take on a giant and managed to win, even though at an incredibly dear price. The story of the first ascent of the Matterhorn, which has reached today its 150th anniversary. An extraordinary attempt, at the same time epic and tragic, yet a successful one, right when everyone was almost ready to give up on the impervious ‘Queen of the Alps’. Following 10 years of vigorous attempts, in 1865 a team of climbers finally managed to reach the peak summit. Indeed some of the motives behind the mission were political, at the end of the day conquering a mountain peak was going to cast a dazzling lustre on the nation that reached it first, however I’d rather think that the romantic spirit prevailed, making it all about the primordial challenge between mankind and nature.

On July 14th 1865 mankind won: a 7-strong team that included Briton Edward Whymper and two guides from Zermatt, Peter Taugwalder father and son, achieved the impossible. They climbed along the Hörnli ridge after a night spend sleeping under the stars, reaching the summit at 13:40. It wasn’t over yet, during the descent, Whymper’s roped party suffered a tragic accident: a rope snapped causing Alpine guide Michel Croz to fall for thousands of meters to his death, pulling team-mates Lord Francis Douglas, reverend Charles Hudson and D. Robert Hadow with him, while Whymper, Taugwalder and his son looked on.

Whymper and his roped party were not alone: there was also a team of Italian climbers attempting the same ascent, at the same time. Whymper and his team saw them from the summit but the Italians managed to reach the peak only three days later from a different side. Back then Italy had been unified only for four years and such an extraordinary achievement would have brought immense national pride on the whole peninsula. Things didn’t turn out as expected, it remains however an incredible, unforgettable sports story. 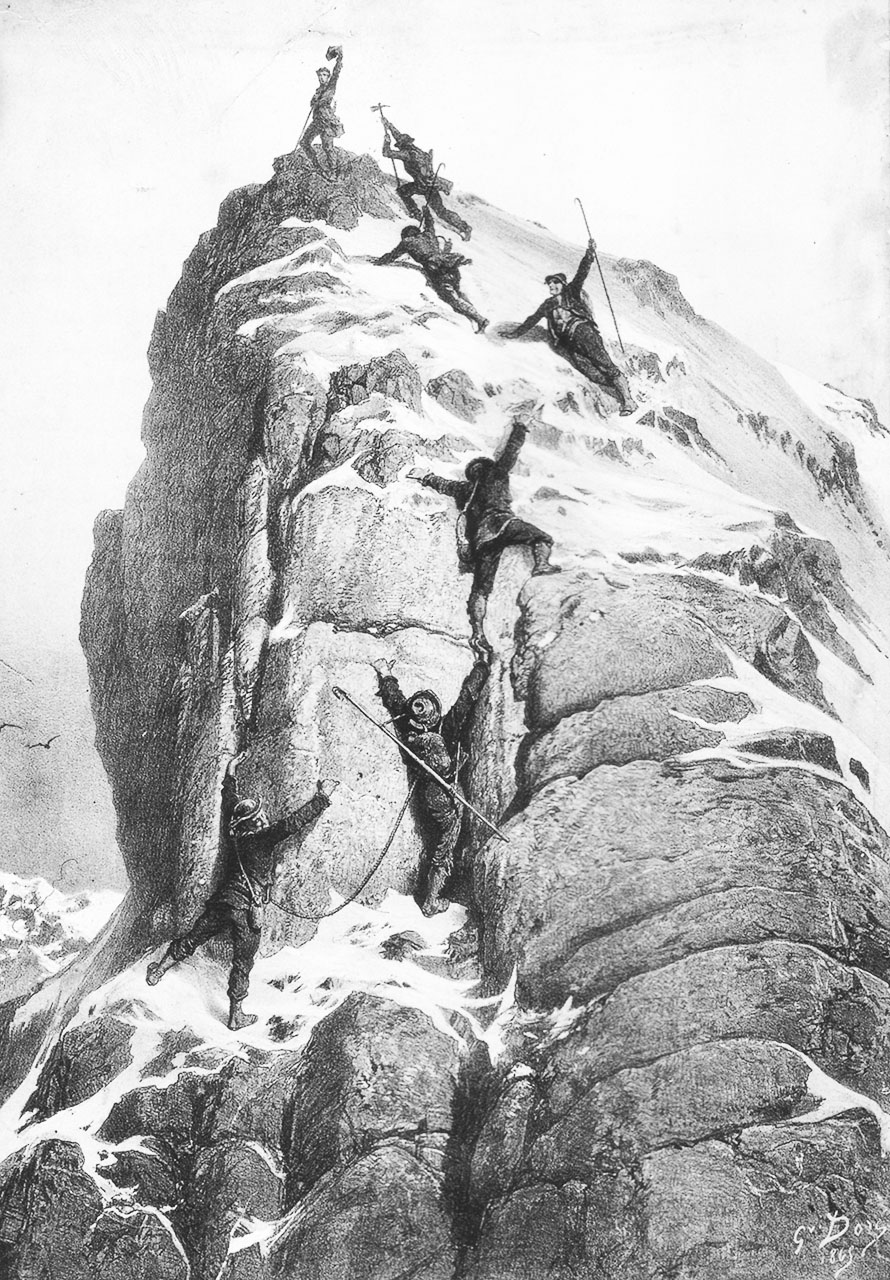