In India it’s the time of a traditional Hindu festival that celebrates the end of winter and the start of spring: Holi, also known as the “festival of colour”. The festival opens with a bonfire on which the dead branches of winter are burned and it is famous for its traditional dance of colours: a way to celebrate the pranks played by the god Krishna, who, according to legend, threw coloured powders over the devotee local milkmaids.

In addition to providing a great feast for the eyes, the show contains a strong social message. Under the sprays of colour, social, economic and caste barriers are traditionally forgotten – even if just for a few days. Although it is a Hindu festival, everyone can take part and even gender distinctions are suspended.

In other words, Holi is a festival that cannot fail to remind me of the spirit and philosophy of United Colors of Benetton. Colour has always been a hallmark of Benetton style, as well as a metaphor for diversity, an elementary symbol, understandable to all, epitomising the specific features that make us unique. An idea that is also at the heart of our latest fashion campaign. 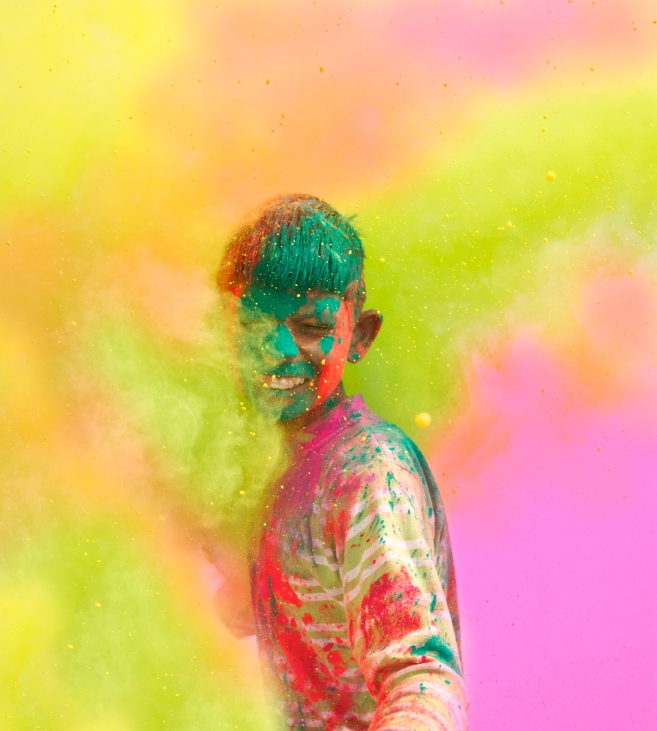