Ettore Sottsass at the Triennale in Milan

“There is a Planet” is the name of a monographic exhibition devoted to Ettore Sottsass on the occasion of the centenary of his birth (born in Innsbruck in 1917, died in Milan 10 years ago), held at Palazzo della Triennale until march 11th.

The exhibition is divided into nine topics which have all been selected from the reading of the books collecting all Sottsass’ writings: “Per qualcuno può essere lo spazio”, “Il disegno magico”, “Memorie di panna montata”, “Il disegno politico”, “Le strutture tremano”, “Barbaric design”, “Rovine”, “Lo spazio reale”, “Vorrei sapere perché…”. The exhibition represents the path of a lifetime, from the beginnings until death, toward Sottsass’ multifaceted and very long activity: from architecture to painting, going through design, photography, furniture, objects… a 360° homage exhibition, to visit over and over again.

“There is a Planet” is also the title of one of Sottsass’ never realised project of the ’90s: a book that has now been published and is made of in five groups (as it was designed) of photographs taken by Sottsass, in forty years of travels and concerning dwelling and man’s presence on this planet: architectures, houses, doors, people, situations, landscapes. He had been working for years; during his journeys he watched and shot, in order to then redistribute and divide everything into these chapters:

The second one, called “Il pianeta è abitato dalla gente” goes from nature to people. Here there is an almost broken sofa left on the streets of Catania, four elegant girls from the Swinging London, the shy smile of a young Indian girl, a woman and her three children in Guatemala.

An inquiry on dwelling and the sense of life, on our place in the world; a book to skim through over and over. 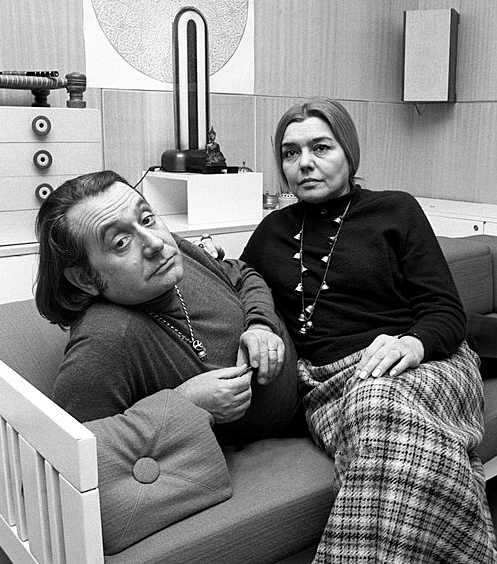