Culture can save us

“In times of crisis, who would want to spend money on culture?” This is a phrase we hear often and it probably reflects what many people think. Fortunately, the exact opposite is true. As I read in the latest Federculture annual report, one of the few sectors showing positive signs over the past few months is in fact the culture sector.

According to the report, in Italy in 2011, household spending on cultural activities reached almost 71 billion euro, an increase of 2.6% on the previous year, and 7.2% compared to 2008, the year in which the financial crisis exploded. These figures confirm indications that have emerged recently: over the last ten years the culture and entertainment sector in Italy has grown by over 25%, in sharp contrast with almost all the other economic indicators.

It seems a bit strange then, that despite the growing demand for culture, public investment is in constant decline. We read and hear it said everywhere that culture is Italy’s real wealth, our “white gold”, and that the beauty in our country is unique and should be conserved and promoted, but, as we see, these words are not supported by actions.

So on the back of our compatriot’s enthusiasm for our immense wealth of beauty, why not focus on culture as a vehicle for the economic growth of our country? It’s incorrect to say art and culture “don’t put food on the table”. The opposite is true, and we would be wise to keep it in mind. 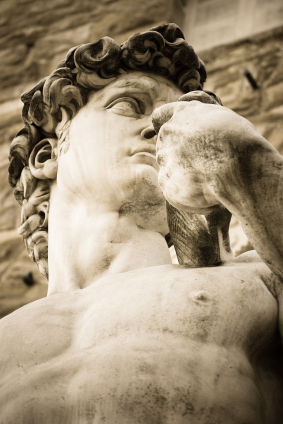