The good news is that on 100 cars, only the 5% is contributing to heavy traffic. The bad news is that the leftover 95% is made of cars that are actually parked, the majority of which on public space. If we take into consideration the fact that a vehicle parked in any European city occupies in average 12m2 (in some Italian cities even less space), it means that our cities are nothing but a grid of parking facilities and parked cars.

In China there’s a sort of ‘parking war’ going on at the moment, in some cities it has become so brutal people have ended up parking virtually everywhere. In some areas, car owners have been installing special metal barriers around their parking space secured by thick padlocks; in others they force family members to sit in a parking spot so to prevent other people from using it. Nevertheless, pay-for car parks are still a very profitable business.

In western countries the strategy of assigning parking spaces according to the number of new homes being built has resulted in cars occupying urban space at the expense of pedestrians, cyclists, trees and overall quality of life. There’s this idea that parking should be somehow always guaranteed. Yet it comes at a price, even when parking is free of charge. We can safely say that a home with a parking space or private garage will cost more than one without. According to The Economist, the price of having somewhere to park affects nearby buildings too: cinemas, restaurants and shops end up being more expensive. And this ramification, born out of the need of being able to offer a parking space, in turn affects even those who do not drive at all.

Guaranteeing a parking space, even a free one, does in fact affect the whole urban community. Converting offices into residential buildings ends up being more costly, that’s why in some cities such as San Francisco and other Italian towns, people have started ditching the whole idea of being resident automatically translating into having the right to park. The politics of pay-for parking solutions are truly determining the number of cars parked in town and therefore the overall level of traffic. As a result, many have discovered that life still goes on even if you have nowhere to park, and that being car-less doesn’t necessarily mean being worse-off.

But what is going to happen when parking lots will be filled with self-driving cars? The Economist suggests that the current bout of popularity of parking spaces will eventually speed up the diffusion of self-driving vehicles. In the meanwhile, I’ve decided to shut my eyes and dream of a future where our magnificent streets and squares are completely free from parked cars. We are going to get there, don’t worry. 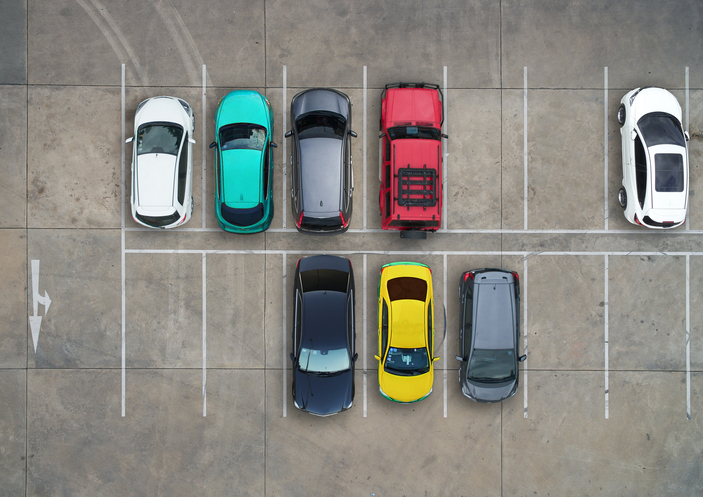