William Klein: from outsider to master

Good news for photography lovers: William Klein is having a show in London and Paris and by November the show will move to Milan. Klein, born in 1928, is a film-maker and artist, but also an outsider who changed the rules of the game and who leveraged his talent to become a teacher to generations of photographers. I want to try and describe to you one of Klein’s photos: one that you are certainly familiar with but perhaps don’t associate with him. It is an unforgettable picture.

The setting is 1950s New York. The picture is a close-up of a boy pointing a toy gun towards the camera. The boy is sneering at the photographer in what appears to be the instant just before he pulls the trigger. Next to him, there’s another, smaller, boy with a completely blank expression, looking on with insouciance, as if nothing was happening. But everything is happening. This photo is a masterpiece, and it was taken by William Klein.

Today, Klein, more than eighty years old, is still very active. He has even returned to Brooklyn where, in the 1950s, he practically invented a photographic genre, street photography.

After the great mono-graphic works on urban life, which Sony has now asked him to reinvent with the benefit of hindsight, Klein did a lot of fashion work: for Vogue, in the 50s, which decided to bet on him sight unseen. Today, despite himself, he admits: “I’m an outsider. At the time of those jobs I was not part of any current or movement, I just followed my instincts. I had no respect for photographic technique because I had no idea what it was. I taught myself, that stuff didn’t interest me.”

There is an interview in The Independent where Klein – an analogue native if ever there was one – tells of his relationship with digital photography. “It’s almost too easy to photograph in digital compared to film. I put the machine in automatic and the camera solves all the problems. The disadvantage is that it provides an image with no surprises. When you use film, there are always surprises.” Nothing unusual for an artist who, like no other, has captured the unique, the unusual, the unexpected. 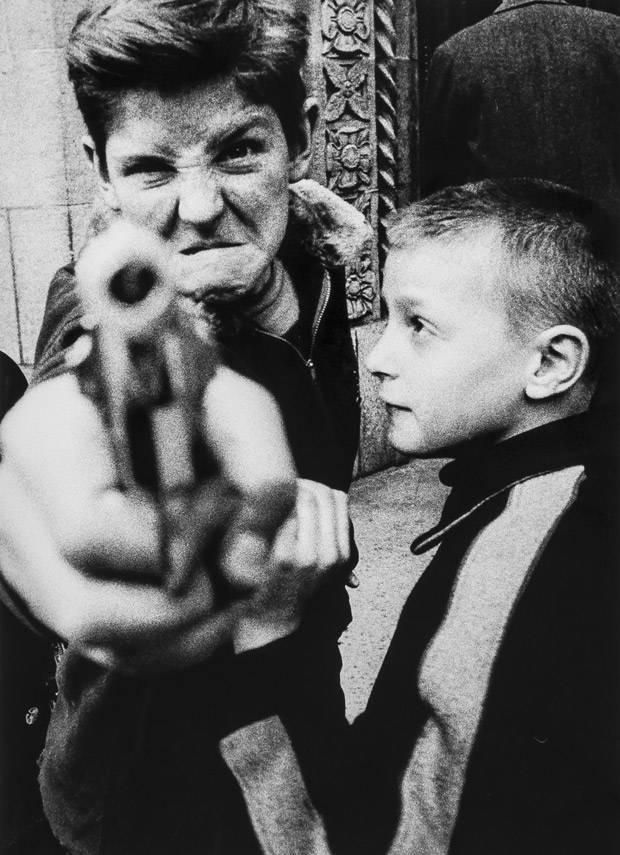