UNHATE. Now more than ever

Flicking through one of the last issues of 2011 of the American weekly Time, I found this picture. Does it remind you of anything?

In light of the latest developments in the relationship between Angela Merkel and Nicolas Sarkozy, it’s more appropriate than ever.

If I understand correctly, Mrs. Merkel – after many years of frosty relations between Germany and France – is actually thinking of backing Mr. Sarkozy’s candidacy for re-election in the upcoming French presidential elections. 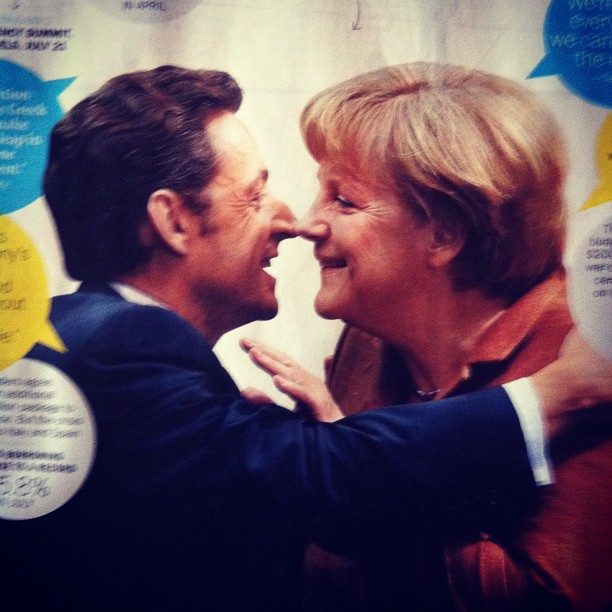