The Venice Biennale and the “mad flight” of universal knowledge

The utopia of the Encyclopaedic Palace is this year’s theme of the Art Biennale that has recently opened in Venice. The idea comes from an Italian-American visionary artist, Marino Auriti, who in the Fifties had already visualised a kind of ultra-modern Babel tower, where all human knowledge could be stored.

Thinking about this project fascinates me. Just as I find it really intriguing that this edition of the Biennale is inspired by this idea. But what sparks my imagination even more is the way the concept of encyclopaedia has changed over history, as the world became smaller and vaster at the same time.

In the eighteenth century, the 28 volumes of the Encyclopaedia by Diderot and d’Alembert were “enough” to summarise universal knowledge. In the middle of the twentieth century, two centuries later, a visionary artist hoped to contain all human knowledge in a 136-floor tower. And today?

Today we have the web. A huge, wall-less volume with no boundaries. Fluid, constantly expanding; every day it accumulates millions and millions of pieces of data, information, images, videos, thoughts and memories, from any possible physical media. A de-materialised and virtual Encyclopaedic Palace, capable, according to some, even of thinking. 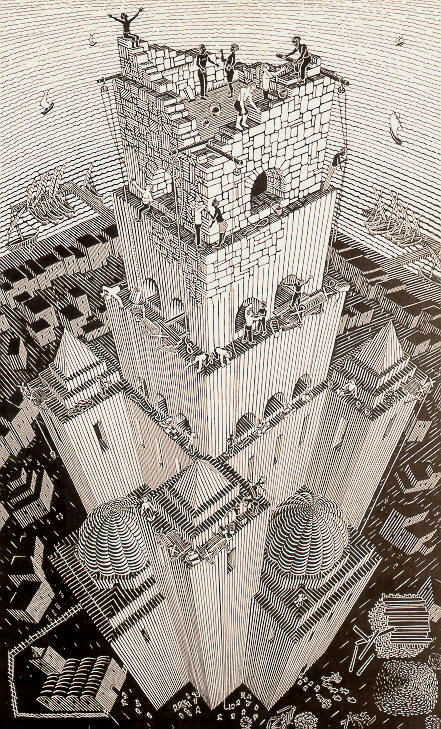