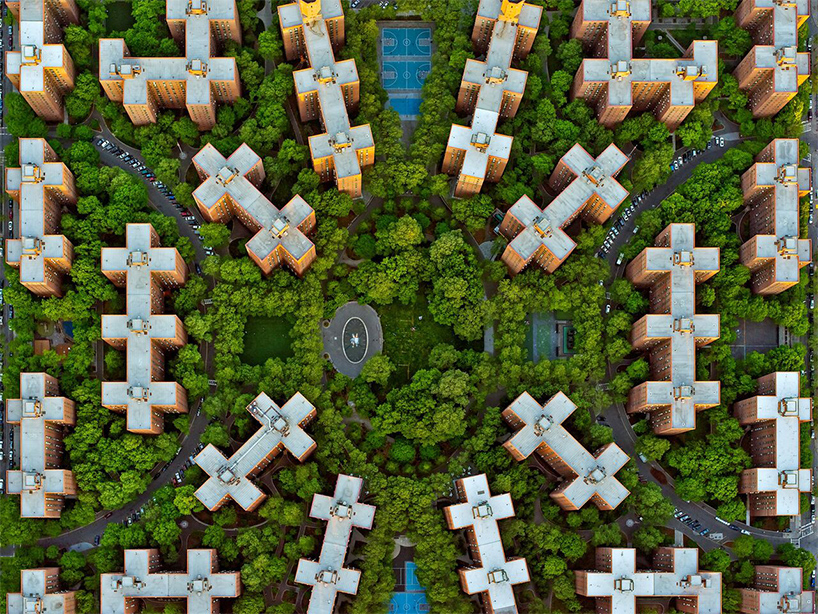 How many cities have we been through, how many have we observed? And from which point of view? There are many different perspectives from which we can look at things, that of photographer Jeffrey Milstein, however, is most definitely one of the most high-impact I have encountered so far.

Milstein has managed to achieve some extraordinary shots while flying over some of the largest US metropolises on a chopper, with the objective of rediscovering the often-overlooked geometry behind urban skylines, including that of Los Angeles and New York. These glances from above have been recently showcased as part of the LANY (Los Angeles New York) exhibition, jointly held at the Benrubi Gallery in NY and the Kopeikin Gallery in LA.

From a height of 300-600 mt, Milstein has captured incredible landscapes, monuments, parks, neighbourhoods and historical centres, revealing otherwise invisible architectonic and geometric patterns. Amazing shapes springing from unexpected symmetries and complex sets of layers. “I wanted to document the schemes, stratifications and complexity of large cities, highlighting airports, ports, recreation facilities, residential and commercial developments, places that organically grow through time, connected by roads and motorways, just like the arteries of a living being”, the photographer has explained in an interview published on magazine Dd Arc Art.

Not only these images reveal the hypnotising complexity of urban landscapes, but also visually convey those social and cultural differences that characterise each and every neighbourhood. The colours that emerge tell a interesting story: when approaching the most affluent areas, the shades of brown become increasingly scarce, replaced by greens and blues – trees, swimming pools and tennis courts. The most extreme case? Los Angeles, where almost every house has its very own swimming and tennis facilities, often only a few steps away from each other. On the other side, pictures of houses built in the Palmdale desert, California, studded with green patches struggling to survive on burnt soil.

Cities seen from above, just like living beings, have a hidden side – and what a great job Milstein has done at unveiling it!