Is the Internet making us stupid?

The Internet has great potential and should be incentivized – of this there is obviously no doubt. However, as is the case with every tool, I believe the Internet also has its disadvantages. Some months ago, for example, I wrote in a post about the risk that new types of standardization and levelling out might be created within the web, potentially interfering with the exercising of critical thought. Now I find that a well-known American writer, Nicholas Carr, a popular scholar of the effects of technological progress, is of a similar opinion.

In a book (The Shallows: what the Internet is doing to our brains) that has sparked a lively debate between scholars and Internet enthusiasts, Carr puts forward a provocative yet interesting theory: the gradual affirmation of the web as the most important medium in our lives is producing some retrograde effects on our ability to reflect, concentrate and be creative. If it is true that, thanks to the Internet, the amount of information that we can access quickly on any subject has grown, the writer also thinks that this massive resource is not necessarily something good. It is true that in a matter of seconds we can discover everything there is to know about an Indian astrophysicist or a rising basketball star, but up to what point are we truly capable of mastering what we have just learnt with such ease?

In reality, Carr’s analysis goes well beyond the obvious considerations that the information gathered on the web is much more fleeting than that which we might acquire from books. The writer takes as his starting point the studies conducted to monitor the activities of the brain during browsing and he ends up diagnosing a progressive transformation of our way of thinking, of looking at things, of taking decisions – in short, of living. Accustomed to being receptive to everything, never concentrating on anything and eternally living in multi-tasking mode, Carr believes we are increasingly beginning to resemble our distant, cave-dwelling ancestors. They, in fact, were constantly exposed to all sorts of danger and paid special attention to the minutest detail, every event and every piece of insignificant information that came from their surroundings, almost totally deprived of the ability to think and reflect. In short, this is a rather disquieting prospect from which, I would like to suggest, we can save ourselves by reading, as and when possible, a good book. 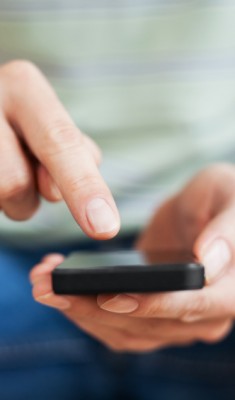