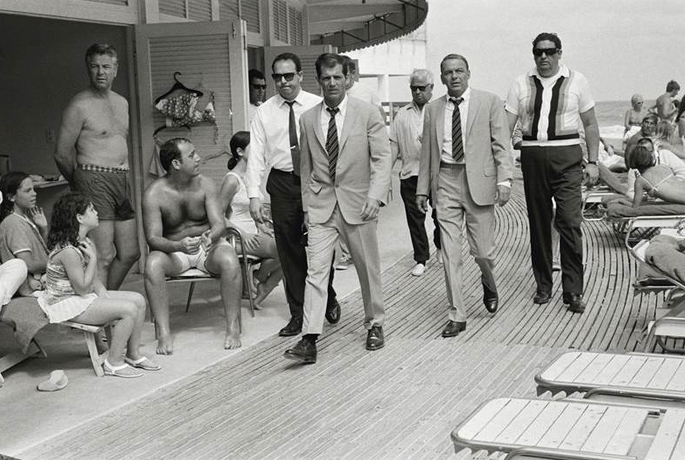 Terry O’Neill is a British photographer, class 1938: he has built his career on portraying big celebrities in their most intimate moments, from the 60s until now, just like Mario Testino, another iconic photographer. At the moment, Miami is celebrating his work with the ‘BIG by Terry O’Neill’ exhibition, held at Wynwood District. But what is in store for visitors?

Humongous prints of O’Neill’s most famous pictures, from Brigitte Bardot, Audrey Hepburn to Frank Sinatra, David Bowie and Mick Jagger. All of them snapped in a direct, uncontrived manner, a perfect instant that highlights the stars’ real essence regardless of the how and when, which is what being a good photographer should be all about.

Some of these images have become legendary, such as in the case of Brigitte Bardot’s, whose 1971 photo taken on a movie set in Almeria, Spain – a lucky shot by O’Neill’s own admission – summed up a whole era. The wind was messing up the actress’ hair, O’Neill was unsuccessfully trying to get the last shot right without even knowing for sure if there was any film left in the camera. Once back to London he realised that not only the film was there, but also that he had managed to deliver an amazing shot. In his own words: “Photography is all about the moment – and luck.”