What do we mean when we say that someone is ‘cool’? The question is not so idle, after all as there’s even an exhibition that took place in Washington DC at the Smithsonian National Portrait Gallery – closed on September 7, 2014 – focused on trying to explain it to us. What do the subjects of the photos on display have in common? They had an artistic vision and a distinctive signature style, they rebelled or transgressed generational values, they can still count today on strong recognizability and an established iconic power, having left an unquestionable cultural legacy behind.

The curators start from far when attempting to define the aura of coolness, explaining that it always features something ahead of its times, something charismatic, that comprises a darker side within its novelty status. Every generation has its own ‘cool’ archetypes: to represent the 1800s, the exhibition has chosen poet Walt Whitman, a true pioneer. Jumping to the 1950s, we see how cinema, the seventh art, started producing icon after icon: James Dean, Humphrey Bogart, Marlon Brando. Who could possibly be cooler than them?

Same goes for music, let’s think for instance about Billie Holiday and Frank Sinatra. Five personalities that had novelty status, charisma and dark side to spare. And galloping through the decades, we reach the Sixties and Seventies, when ‘cool’ blended with counterculture and music was the driving force, Jimi Hendrix and a less-predictable Debbie Harry, the unforgettable front(wo)man of the band Blondie, are examples of that.

Then we arrive to our times, where on display we find splendid photographic portraits of Kurt Cobain, David Byrne and of actor Benicio Del Toro. While reading about this exhibition I couldn’t help thinking about how could we replicate it in Italy, using instead images of the personalities belonging to our own star system, perhaps from the past. Let’s try to think about actors only: Vittorio Gassman, Marcello Mastroianni, Sophia Loren jump to mind… however I could go on for ages. Because in Italy, as far as coolness is concerned, we have nothing to envy from the US and the world has known it for a while.

Italian Cool: I wonder about the exhibition that could come out of it. 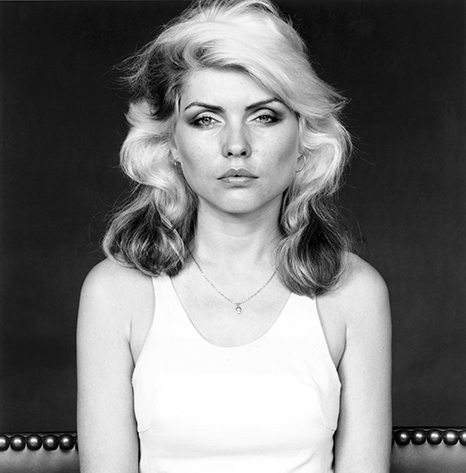