Tate Modern’s Turbine Hall is what sets this London gallery apart from other world-renowned art museums. Once a storage space for electric generators, it has now been used for years as a place where to temporarily display mega-installations commissioned to contemporary artists. Louise Bourgeois’ 2000 project titled ‘I Do, I Undo, I Redo’, which filled the gallery with enormous spiral staircases, satellite dish-shaped mirrors and a giant spider, is among the artwork that gets mentioned more often. Same goes for ‘The Weather Project’ by Olofur Eliasson, an installation that involved a sun simulator made of mirrors, lights and steam. And how could we forget the jaw-dropping slides installed by Carsten Holler for his ‘Test Site’ project, or Doris Salcedo’s ‘Shibboleth’, which was basically a crack spreading across the gallery’s floor, in line with her 2010 Weiwei exhibition, where the artist scattered 10 million porcelain flowers on the floor to represent the thousands Chinese passed away due to the famine caused by Mao Zedong’s policies.

‘Empty Lot’, an installation focused on the concepts of unpredictability and hope by Mexico-born conceptual artist Abraham Cruzvillegas, is the name of the last artwork on display. Cruzvillegas, a key-figure in Mexico’s conceptual art scene, is known for creating amazing pieces using only waste material. He calls his creations ‘Autoconstrucción’, referring to that generation of Mexicans from rural areas that in the 1960s moved to the capital and started building homes using any material they could find on site.

The installation at the Turbine Hall comprises of several triangular miniature gardens arranged in rhomboid shapes that could be defined as a combination of Buckminster Fuller’s geodesic domes, ancient Aztec gardens and those urban vegetable plots and allotments found in developing cities. Each rhombus is filled with soil collected from a different London park, from Buckingham Palace to Hackney Marshes, watered and illuminated by rows of lamps. Nothing has been sown, yet something is already growing spontaneously and the final result will be an utter surprise, besides being the project’s finish line.

The Guardian newspaper’s art critic Jonathan Jones has said that Cruzvillegas latest effort is merely an exercise in style, unable to set souls on fire, like some of the artwork previously showcased did. Nevertheless, I’ll rather judge Cruzvillegas’ work once that what has been sown in that London soil will start to sprout up. 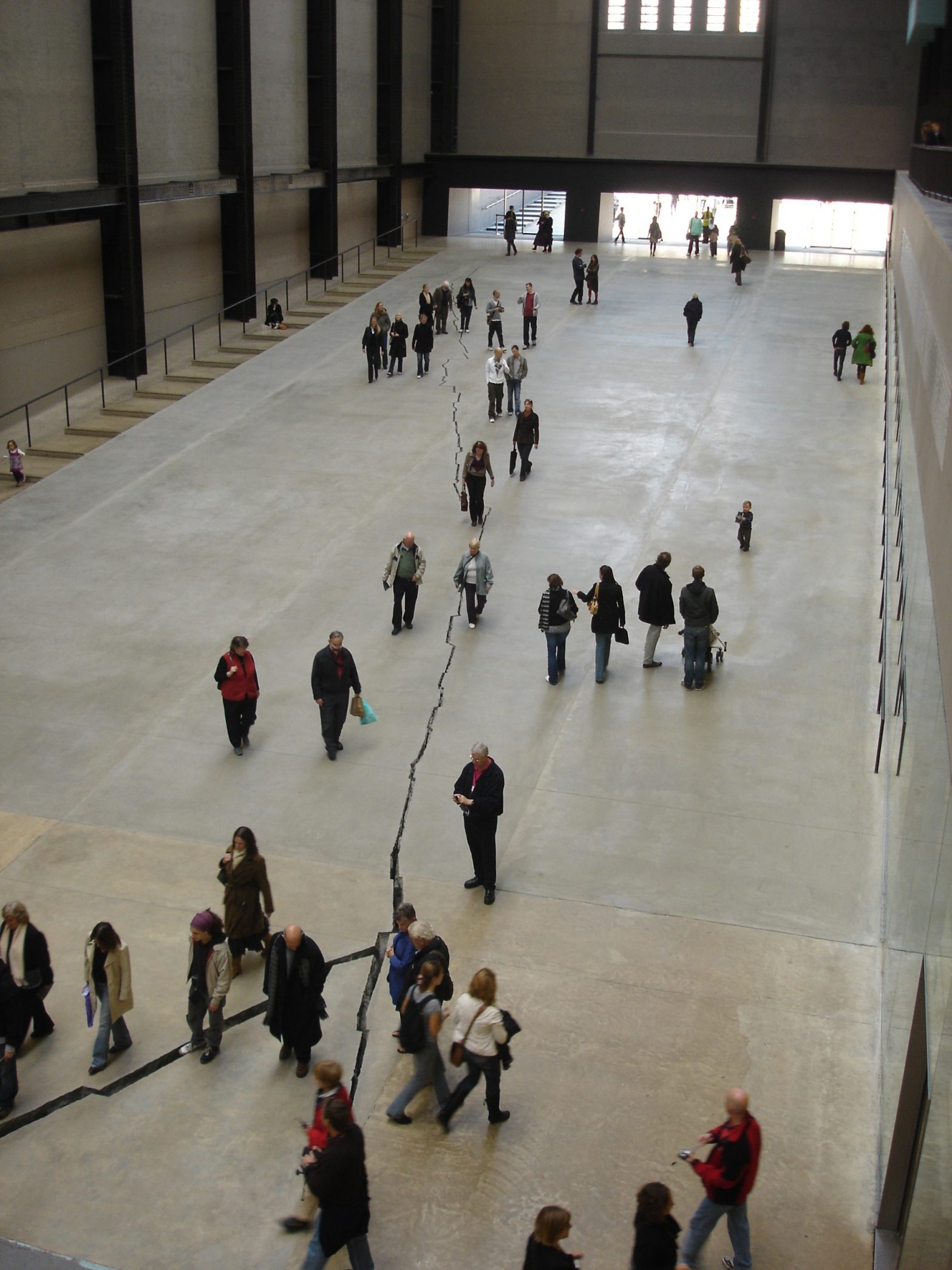