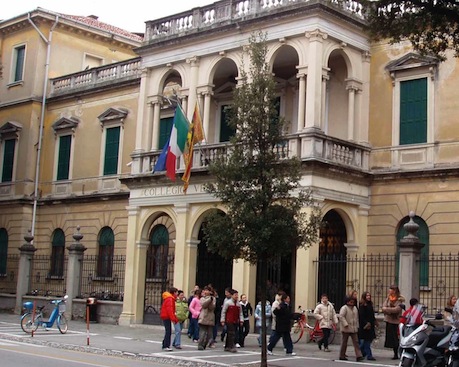 It’s one of those ventures of which I am extremely proud of. Both 21 Investimenti CEO Dino Furlan and I are in fact former pupils of Collegio Pio X, an educational establishment that has greatly contributed to the formation of many people born in the city of Treviso, who today are holding top roles in many companies around the world.

The agreement contemplates the award of scholarships for Pio X schools, the promotion of the Institute’s image and formative offer, the establishment of activities aimed at supporting the post-diploma orientation process of those students who are planning to move abroad to study or work, and also the implementation of work/study experiences within enterprises.

21 Investimenti has been encouraging for a while those firms in which it has invested to prosper and be more competitive, while improving the economic and social conditions of the communities in which they operate, because a company can only become stronger in the long term when the surrounding system is solid and healthy.

Today the Institute represents by all means an important cultural heritage to which 21 Investimenti wants to contribute in a time of important changes, while inspiring other people to do just the same. In this regard, there are many great entrepreneurs and successful managers who have already expressed their availability and willingness to actively participate to the venture.