The Royal Academy (of Arts), located in London, will host the greatest Jasper Johns’s retrospective ever seen in Europe until December 10th. It is a wonderful exhibition of the American painter known for his set of Flags and Targets.

His first exhibition took place in New York City in 1958. Since then Johns has had a crucial position in the American art scene thanks to his great ability to completely delete the traditional objects’ message, giving them new a meaning and new artistic dignity. Johns with his particular focus on household objects and clichés was able to turn them into icons and symbols and to mark a new direction in the artistic world that had previously been dominated by Abstract Expressionism. He has become an exceptional artist by “simply” doing what no one had ever done before.

Flag is one of his most important and well-known artwork, that is to say his very own version of the United States’ flag, created using a very old and complex painting technique called encaustic painting (from Greek and it means ‘burned’): the use of coloured pigments mixed with wax, applied and then finished off on a surface with hot metallic tools. This technique gives solemnity and enhanced value to common and simple objects chosen by Johns for its works of art, a way to give artistic meanings at every level.

Johns as an artist has never needed classifications – actually, he has always been against them (even if the vast majority believes he is part of the New Dada movement, next to Rauschenberg, both close to the French New Realism, and they were Pop Art’s ancestors) – he has never felt the need to explain himself, to rationalize his own work.

A few years ago, he said: “One hopes for something resembling truth, some sense of life, even of grace, to flicker, at least in the work”. It is not a coincidence that the London exhibition is called Something Resembling Truth, a reflection on art, on what it can give or what seems to be giving to us, on the return of reality that can be different. Do not miss it. 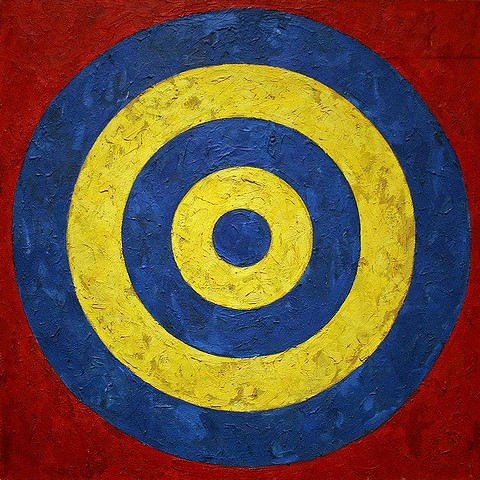